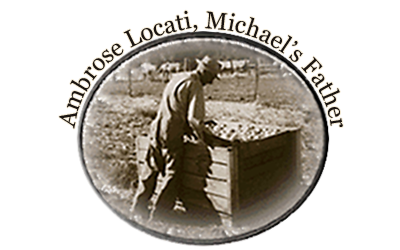 Since 1905 along the foothills of the Blue Mountains, Locati Farms has been at the forefront of innovative growing, packaging and shipping of Walla Walla Sweet Onions.

The History of the Walla Walla Sweet Onion goes hand in hand with the history of Locati Farms.

It all began in 1905 when Joe Locati, the grandfather of today’s owner, first arrived in the Walla Walla Valley leaving Italy behind. Joe worked for a French immigrant by the name of Pete Pieri who brought the original onion seeds with him to Walla Walla from Corsica, Italy. Little did they know that they were sowing the seeds of a great business that would grow and expand for almost 100 years.

In 1909, Joe ventured out and bought his own farm along the foothills of the Blue Mountains and began to raise his own crop of onions. By the 1940s, Joe’s sons, Ambrose and Pete, took over the running of their father’s farm. The sons, along with their cousin Virgil Criscola, started the first onion packing shed in the Walla Walla Valley in 1949.

Now, Michael F. Locati, Ambrose’s son, continues the family heritage as the grower and shipper of delicious Walla Walla Sweet Onions. The original varieties passed down from his grandfather remain while new innovations help to improve each year’s product. One such innovation is a method known as “topping and tailing”, which makes the sweet onions much more visually appealing. Our onions are cured in a brand new state of the art curing and packing facility in Walla Walla. This ensures that our customers receive the highest quality onions.

In 2008, Locati Farms and the Walla Walla Onion Festival was featured on ‘Taste of America with Mark DeCarlo’ on the Travel Channel.